Like many spider species, the female hobo spider is larger than the male. Her body length is usually around 0.5″, while the male’s is approximately ¼” in length.

Hobo spiders are tan to brown in color.

They have a lighter brown stripe down the middle of the cephalothorax and darker stripes on either side. On the abdomen, the hobo spider bears another light stripe, though this one can be more faint, along with markings off to the sides in somewhat of a zig-zag or herringbone-type pattern. 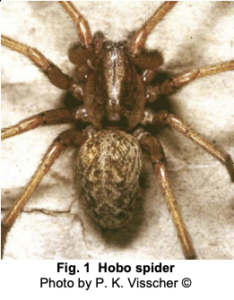 The legs are uniformly colored.

The hobo spider has eight eyes, three claws on each foot, and fine hairs covering its body, though these are difficult to see without magnification. 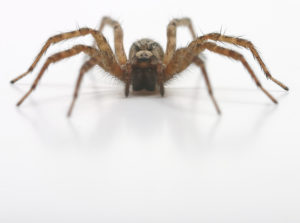 Nests
Hobo spiders create funnel-shaped nests that narrow at one end, which extends into a crack or other sheltered place. They await prey in the narrow end of the nest and rush out to grab it when they sense vibration. The spider will drag the insect down into the nest for consumption. 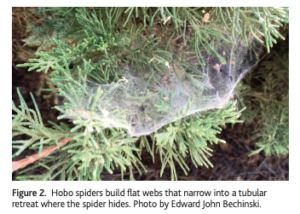 Where You Might Find Them
Outdoors, hobo spiders nest under rocks or outbuildings as well as in gardens, firewood piles, or between vegetation and the foundation of a structure. Nests are typically found near the ground. Indoors, hobo spiders prefer to nest in moist areas like a crawl space or basement. Hobo spiders are not good climbers, so they are most often seen at ground level. 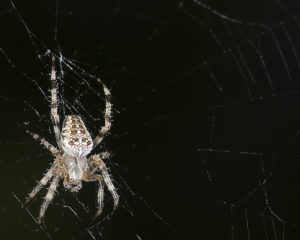