Rodents have co-existed with humans for thousands of years. Many times, unwittingly, humans provide shelter and food for rodents, and make their existence quite easy. Having rodents around, however, isn’t nearly as beneficial for humans. 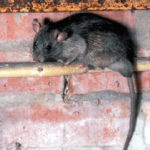 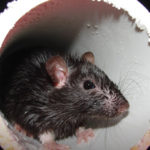 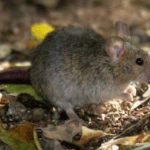 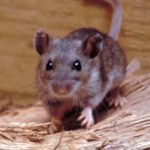 Rodents are classified as mammals. They make up 40% of the species in the mammal group. They derive their name from “rodere”, which is Latin meaning “to gnaw”. Rodents have two large front teeth that are extremely strong. These teeth are constantly growing, so rodents must gnaw to keep them shaped and effective.

What Do They Eat?
Rodents will eat mostly grains and seeds, and can be a huge problem in agricultural areas. Rodents also will live in areas where there is a lot of garbage. They are effective scavengers and can find a meal almost anywhere.

Life Cycle & Reproduction
Rodents are effective breeders. They will multiply very rapidly, and this trait has served them well in their survival throughout the centuries. This breeding has enabled rodents to exist throughout most of the world. This has also helped in the survival of other species in the ecosystem, as rodents are a food source for a large number of predators.

Rodents are well known for their gnawing and nesting in homes, as well as their habit of leaving waste wherever they live. Their droppings and urine are a source of deadly diseases in humans.

Rodents Attract Other Pests
Rodents also host ticks, lice and fleas. Many of these pests are linked to the spread of other diseases in humans. Most well known is bubonic plague, which occurred mainly during the middle ages, and was caused by the bite of an infected flea from a rat host. More recently, Lyme disease has been attributed to the ticks that inhabit mice.

The term “rodent” means to gnaw. Rodents include rats, mice, squirrels, voles, chipmunks, and other animals. Rodents are found on all continents other than Antarctica. The most economically important rodents are rats and mice.

Of the rats, there are two major types: the Norway rat and the Roof rat.

Roof Rat
The Roof rat was probably brought to North America by the settlers of Jamestown. This rat is slender with large ears, a pointed snout, and a long tail, exceeding the body length. It is an excellent climber and very agile. The Roof rat prefers fruit and seeds and was the dominant rat in the New World until the introduction of the Norway rat. Today, the Roof rat has expanded in recent years from its traditional coastal domain to inland areas including desert regions. The Roof rat is native to southeastern Asia and was most likely a tree dwelling rodent.

Norway Rat
The Norway rat is the common brown rat or sewer rat. It was introduced into North America in New York around the time of the American Revolution. This rat is native to Asia, with the most likely origin being the plains of central Asia. It was probably brought to Europe by trading caravans. The Norway rat is the most common and successful rat in North America, having displaced the Roof rat. This rat has a blunted snout and a shorter hairless tail. The rat is not from Norway, as the name stems from where this rat was first studied and characterized. Both the Norway and the Roof rat are “neophobic” or afraid of new things, so control can be difficult.

Mice
Mice are small and agile rodents. This rodent doesn’t need water as it extracts water from food. This is a curious rodent which investigates new things. The most common mouse encountered by people is the House mouse.

Rodents can be difficult to control and if left unchecked, rodent populations can get large quickly.